Original application rejected by a majority vote at the Lewes District Planning Committee Meeting 8 December 2021. New proposal has been submitted.

Planning application LW/22/0104 can be described as land at Chamberlaines Lane, Ringmer or Rangers Farm, Ringmer.

Select from the options below those that appeal to you for objecting to this development.

Landscape impact and the planning balance. This development is outside any planning boundary and would impact the openness of the countryside, and in particular to the setting of the South Downs National Park. When the Secretary of State dismissed an appeal for residential development at Broyle Gate Farm, immediately across Chamberlaines Lane from this site, he gave much more weight to these factors. Just last week a planning inspector dismissing two appeals for development at Woods Farm, Newick, gave much higher weight to the negative impact of a proposed development on the countryside than he did to the provision of extra car-dependent commuter housing at a village location.

Impact on Broyleside settlement. This proposal would, if approved, extend the Broyleside settlement in an entirely new and inappropriate direction, out into the countryside and towards the South Downs National Park boundary. Its immediate neighbours both to the north east and the south west would be employment sites that create noise and dirt.

Site access. When a previous application was submitted for residential development of the northern part of this site it was refused, and a subsequent appeal dismissed. At that time the access to the B2192 proposed to be used here (which has been closed for decades on safety grounds) was considered unsuitable because of its proximity to the existing roundabout. That proposed development was required to provide a new access directly onto the roundabout. It is surprising that this old, closed, access is now considered suitable for the vehicles serving 68 homes.

Impact on neighbours. Previous application stated that the development would have no unacceptable impact on the living standards of nearby properties. This is wrong. Parts of the site are to be surrounded by acoustic fencing to protect the new residents from the noise nuisance caused by regular outbreaks of baying from the hounds at the hunt kennels immediately adjacent to the site. This fencing is designed for urban business sites and will have a very strong negative impact on the appearance of the countryside as perceived by people travelling along Laughton road or by nearby residents. This acoustic fencing does not absorb the noise: it reflects it back, so that the protection of the new residents will be at the expense of doubling the noise impact for existing neighbours.

No school places available in Ringmer. The previous application states that the site is in close proximity to the Ringmer Primary & Nursery School. This is not correct. The distance is beyond that which small children can be expected to walk and there is no public transport. In any case this is irrelevant, as there will be no places available for the additional children here to attend the Ringmer Primary School. In addition there are over 150 houses in Ringmer that are currently under construction but not yet occupied. The great majority of these new homes are family houses, and some are affordable houses for which only families with children will be eligible. If this development is approved its children will not be able to attend Ringmer Primary School. There is no other school with places available that is accessible by public transport or other sustainable means.

Earwig Corner. During the examination of the Lewes Local Plan (adopted in 2016) the Examiner took very extensive evidence from highways experts provided by both East Sussex County Council and aspirant developers about the capacity of the section of the A26 between Earwig Corner and the Southerham roundabout of the A27. This section of road is highly congested, resulting in the back up of queueing traffic into Lewes town centre and on the B2192 alongside the Lewes Downs SAC. The Examining Inspector included, in his conclusions reported to Lewes DC, that providing some specified engineering improvements were carried out at Earwig Corner up to 385 additional homes (but no more) could be planned for at Ringmer. The 385 homes (and a few more) in Ringmer are also being delivered on allocated sites in accordance with the Local and Neighbourhood Plans. The applicant asserts, without providing a shred of evidence, that there is nevertheless additional capacity for up to 68 additional homes.

Erosion of the settlement gap. This application would substantially reduce the valued settlement gap between Ringmer village and the Broyleside. The other section of this gap is also the subject of an imminent planning application (currently at the public consultation stage). Loss of this gap would be directly contrary to key principle 3.1 of the Ringmer Neighbourhood Plan.

The Community Hub and Public Toilets. The previous application provided a “community hub”. Having not got their way the first time round, the applicant has now dropped what they deemed to be a community benefit. 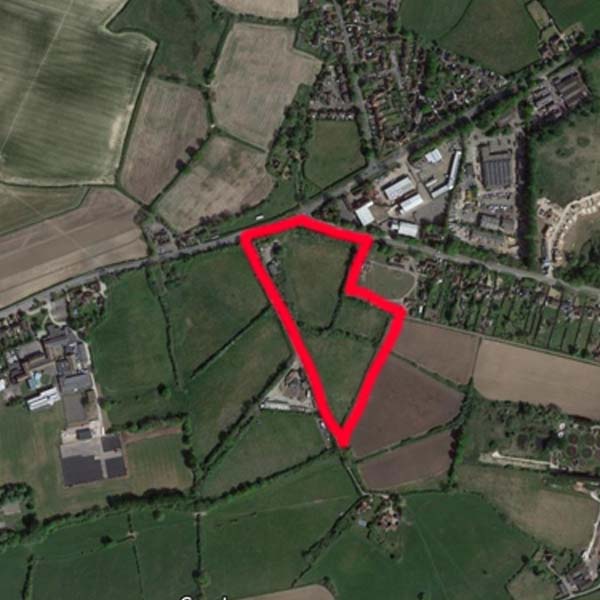