YES THEY ARE BACK AGAIN

You will have received a letter from Lewes District Council notifying you that Gleesons / Glyndebourne have submitted a revised planning application for 75 new homes – rather than the original 200 – on land east of Harrisons Lane.  Let’s show them that our objections to their proposals are as strong as ever!  If there are fewer objections this time than last, Gleesons and the planners may draw the conclusion that this version is more acceptable to villagers. Our target is 250+. Can you please help us achieve this?

This is what we need you to do:

Some prompts for your email comments:

Select the issues that are most important to you but please  rephrase in your own words.

This application fails to make efficient use of the 13 hectare site currently used by Glyndebourne Estate’s Gote Farm as productive agricultural land. All 75 houses are to be crammed into one field with the majority of the site left undeveloped. The developer will own the whole site so presumably could apply to build more houses at a later date?  Recent events have shown the importance of food security. This is a wasteful plan as it will not be practicable to farm the remaining ‘vacant’ part of the site (previously earmarked for an additional 125 houses) productively. By reducing the number of houses Gleesons are proposing a housing density of below 6 dwelling per hectare (6dpm) which is far below the minimum required by Lewes District Council Core Policy (20 dpm) which is echoed in the Ringmer Neighbourhood Plan.  The application should be refused on this point alone.

The access proposed for this site, to be achieved by the demolition of the bungalow Glyndefield immediately adjacent to Ringmer Primary and Nursery School, is completely unacceptable. This would (a) create unacceptable road safety hazards for the throngs of young children entering and leaving the school, and (b) require the removal of a large element of the school run parking that is needed by those many parents who have to deliver and collect their children from school by car.

There is no acceptable access to the site for the thousands of HGV trips that would be required for the construction process. Harrisons Lane, Gote Lane and Potato Lane are all completely unsuitable for this purpose. This major issue was ignored in the assessment of the previous application.

The new application would, like its predecessor, have an unacceptable negative impact on the setting of the South Downs National Park, and on the experience of recreational users (walkers, cyclists and horse riders) using Potato Lane. The revised development proposal may be smaller but a 75 house estate will still have the effect of bringing an urban ‘town’ appearance to a much loved rural lane. The idea that the hedgerow screening would mask these new houses is fanciful – especially if the new houses were as shown in the illustrations provided in the planning documents –  two and a half storey houses with prominent dormers in the roof, to take advantage of the excellent views to the Downs. Unfortunately such views work in both directions!

Unsustainable development on a greenfield site

This application is for a new commuter development on a greenfield site outside the planning boundary in a car-dependent village. The Ringmer Neighbourhood Plan seeks to improve Ringmer’s sustainability by providing additional local employment to reduce the current very high level of out-commuting from the village. This application seeks to provide yet more commuter housing without any matching employment, and would thus further undermine the village’s sustainability. It is thus entirely contrary to key policy 3.2 of the Ringmer Neighbourhood Plan. In the light of the District Council’s formal declaration of a Climate Change Emergency, permitting new development in such car-dependent greenfield sites in the countryside as this one would be a clear signal of hypocrisy.

This application is on a scale that is entirely contrary to RNP policy 6.3, which seeks to ensure that Ringmer’s development should occur through multiple village-scale developments, each of 30 dwellings or fewer, rather than through large new suburban estates such as is proposed here.

Ringmer’s infrastructure is already seriously overstretched and additional development other than that already planned and agreed cannot be accommodated.

The application assumes the children would just walk to the village schools, ignoring the fact that the primary and nursery schools next to the site are already full, so that in reality they would have to be driven somewhere else, a fact that the traffic survey ignores.  There is no capacity for the further expansion of the school on its present site. Children now being turned away cannot get places in Barcombe, Laughton or South Malling schools either, so have to be driven long distances to find places that are available.

Recent Environment Agency data, supplied by Southern Water, make it clear that the Ringmer sewage works, to which this development proposes to connect, already releases untreated sewage for more than 10% of each typical week. Ringmer sewage works is already operating at far beyond its capacity, such that so called “storm releases” occur every time there is even moderate rain. This is disgusting – a third world level of performance. There are no current plans to improve the situation. An additional 75 households will lead to even more pollution of our rivers which is unacceptable.

All the extra commuter and other traffic will add to the peak hour congestion at Earwig Corner and A26 road junctions past Lewes to the main highway network at Southerham roundabout..

It is already next to impossible to get NHS appointments at the GP Surgery in Ringmer, and there is no NHS dentistry available.

Please take the time to submit an objection. Together we are a powerful voice. Let’s show the Planning Committee just how much we object to this revised application. 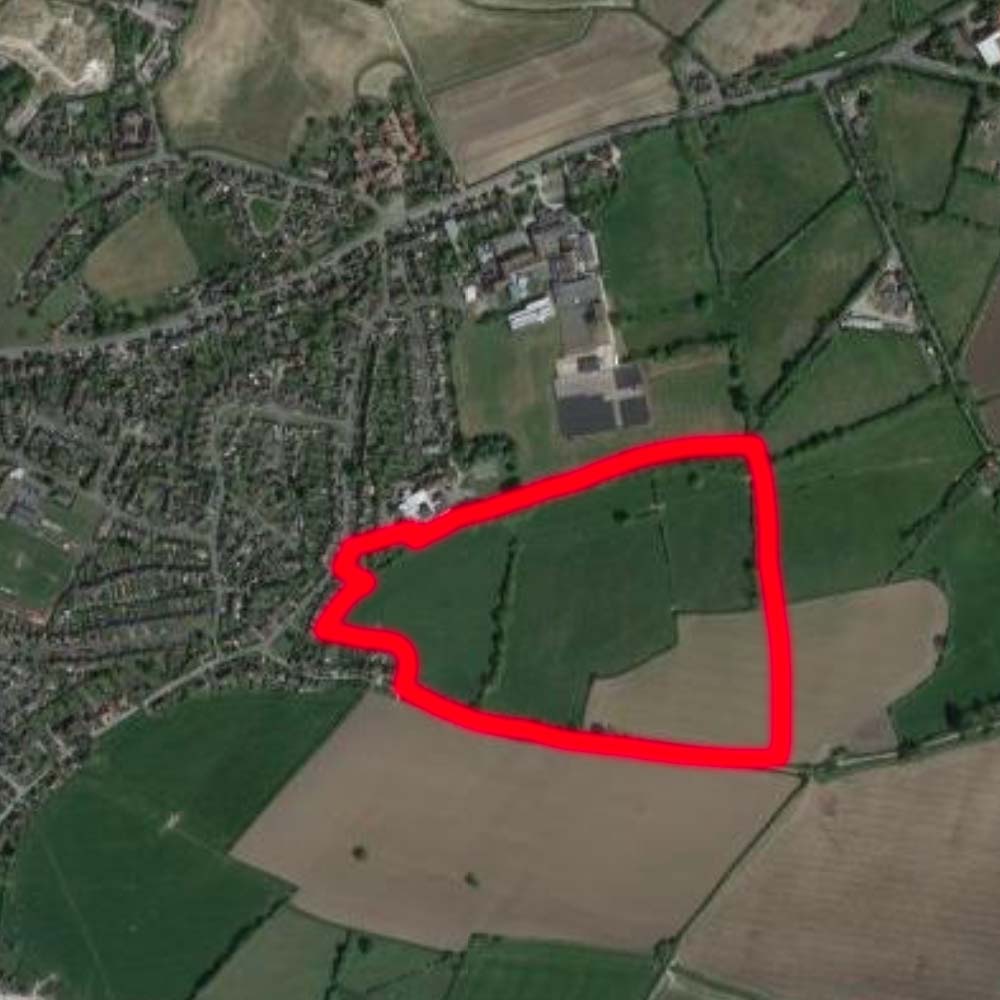 Join the campaign and encourage family, friends and neighbours to join us too. By joining you will be kept up-to-date with what’s happening and supported in making your voice heard. You do not have to live in Ringmer to join us.

The more people join, the stronger our campaign.  Don’t just sign up as one household. Encourage everyone in your household to join individually.

We’ll only ever use your data to update you on campaign progress, give advice and to ask you to take part. You can remove yourself at anytime.